Member of Parliament for North Herefordshire 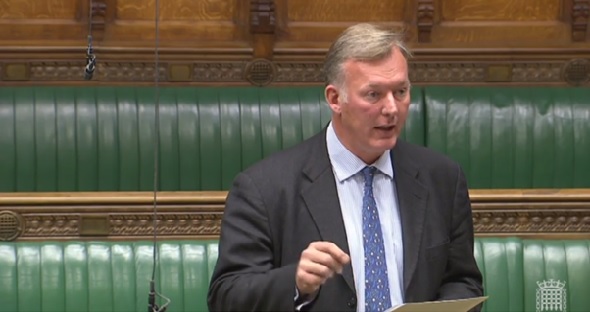 During 2011 and 2012, a series of public hearings were held, famously known as The Leveson Inquiry, which looked in to the practices of the British press following the News International phone hacking scandal.

This led to the introduction of the Courts and Crime Act 2013. Although this statute was passed into law by Parliament, not all sections have been enacted, most importantly Section 40. This provides for a new system for exemplary damages and costs involving claims related to the publication of news-related material.

Section 40 guarantees the published press and members of the public fair, independent and low-cost arbitration when settling disputes concerning matters in the newspaper, which will all be determined by an independent regulator.

It was not possible to enact Section 40 until an independent regulator was approved by the Press Recognition Panel. A separate body designed to ensure the regulator was genuinely independent. These bodies were created by a Royal Commission to prevent Government or media mogul interference in the freedom of the press.

This situation changed when finally a regulator was approved as properly independent by the Press Recognition Panel. IMPRESS was confirmed as an approved regulator but the press don’t like IMPRESS and won’t accept regulation.

Instead the media created IPSO to replace the  toothless Press Complaints Commission but IPSO is not an approved regulator.

I contributed to the debate in the House of Commons, on the 10th January 2017, where I emphasised my full support for the implementation of Section 40 as enacted into law in 2013.  My desire to see the implementation of Section 40 stems from a need for stronger press regulation in order to provide a low cost arbitration system so that the media is accountable through the regulator; as currently only the very rich can afford to go to court to sue newspapers.

My response to the consultation matches that of the independent Press Recognition Panel. You can read the PRP’s response here.

However, I also support it because it will protect law abiding journalists from expensive and frivolous claims. This is particularly important for local newspapers who may not necessarily have the budget to fight expensive law suits and should welcome the introduction of low cost arbitration.

‘If they gave it their full attention, they would, like me, want to see section 40 implemented’ (Bill Wiggin, during Press Regulation Debate, 10 Jan 2017)